Buy The mistaken from amazon.com


Summary:
Tyler from a perfect life slips down to a life with nothing to look forward..His brother Nick with his Mafia affliction is only driving things in to a wrong end..Through various twists and turns in heavily entertaining tale Tyler goes to save his brother his only family and his own self from loss and remorse...

Review:
Tyler Karras  Ty is a perfect man in every sense, going by the rules,hard working ambitious with a zest for life, hard core romantic with a peace and calm surrounding him..Leaving behind London his dream was to go for bring which he does in time..But this was never the case with his younger brother Nick, drunken, drug addict he always needed Ty brother ( he chose to call him ) for rescuing him from every trouble he gets into..Though Ty tried his level best to get him on track, that never seemed to be enough...First losing his parents and his baby sister in a tragic accident, Ty is rid by the grief of letting Nick to drive the car ...In spite of all this Ty pulls himself together with the help of Jillian , Jill his fiancee and the love of his love...Ty best effort doesn't stop Nick from getting into  San Fransisco Russian Mafia, finally accepting his life and getting on his own...Cherishing and relishing every moment with his newly wed wife and the child yet to be born everything falls apart as she is killed with their unborn child also dead...Just before her death they the couple had been dealing with a credit card fraud which Ty had asked Jill to ignore..Now he realizes if only had he paid more attention to his wife's need and pain she may not have died..Ridden by guilt, self remorse and a racing vengeance to get to people who stole away everything from him he also turns to alcohol and Nick helps him to pursue everything Ty wants..But here they make the fatal mistake , they go for the wrong person the new victim Hannah, now wait there is more to the tale ,Nick's life is at stake as Ty had a pact with the Russian Mafia to let him lose after their kill, but now Ty feels responsible pulling Nick and Hannah into this...From then on starts the higher power thriller that goes through various twist and turns...

Ty comes across as a wonderful guy too good that at times the goodness irritates lol, he lives his dream, but  his major problem is he always chooses to be defensive about everything still he carries out every responsibility well..Ty and Jill share a wonderful life together, their moments together are real treat to read...

As the story unfolds,the darker side of human feelings are  explored well.. When struck by grief the internal demon takes over, clouding on the logic and reasoning turning a person driven by anger with extreme side of behavior..Nick and Ty share a weird yet a warm relationship, their love for each other, the disappointments surfaces well..After the death of Jill their relation reconstructs for good...Hannah's life is thrown apart with a stranger running after her and the way she handles her otherwise worse life is also quite convincing...As the characters fill through the novel giving less space for the overall plot I missed further details of the their lives, but nevertheless as the book was thoroughly entertaining, I had nothing much to complain...The book sprints away after the first half and I left the depth of the novel ebbing away..Yet the twist and turns really made up for it..The book is an apt for a travel and for a quick suspense thriller, thoroughly convincing read...


Tyler dropped my hand and turned away from me, sitting straight along the edge of the sofa. With his elbows resting on his knees and his fingers steepled between his nose and upper lip, he struggled to find the right words. Unable to sit still, he stood and paced the floor.
“Hannah, I’ve explained that you—by proxy, of course—have a price on your head, that you’d been sold already. I’ve been trying to get you out of this deal, but these people Nick and I are mixed up with are reluctant to renegotiate. They’ve already received payment from their client and are just waiting for me to deliver you to them. I’ve explained to Nick’s boss, Alexi, that I’d made a mistake, that I had misidentified you, that I had the wrong girl.”
Ty shook his head and kept his eyes pinned to the floor.
“From the beginning, Alexi knew I was intending retribution against Erin, and since he would directly benefit from it, he was only too willing to accommodate me, but essentially, he doesn’t care about the reasoning behind the plan. All he cares about is that I owe him his, uh…merchandise. Merchandise he’s already sold and been paid for. He only cares about closing the deal. I told him I would repay the price his boss, Dmitri, had accepted, with interest, and he could refund the money to his client. But he’s not willing to do that. Nick said it’s not about the money for Dmitri, it’s about power. They can’t allow themselves to be screwed with, to look weak.”
He stopped pacing, stuffed his hands in his pockets, and stared out the window.
“I told Alexi I would never turn you over—an innocent girl—to be used that way. At this point, I couldn’t even do that to Erin.”
Tyler’s focus wavered and he choked up. He looked down at his feet and continued, his brow knitted tightly together.
“We argued over this point for some time without coming to an agreement, so Alexi felt…  He felt it…necessary to secure some kind of...insurance policy—leverage, you might say—to compel me to complete the deal by our prearranged deadline.”
Tyler dropped his hands to his sides and tightened them into fists. He glanced over his shoulder and looked me in the eye.
“Hannah, Alexi has my brother, and he will kill him if I don’t comply.”
Posted by vb at 6:37 PM 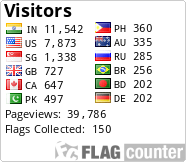