Summary:
Danille Westerly has a successful career and a wonderful life that she is proud, unless her past comes haunting her..She couldn't contain when she came face to face with Michael De Cara the person behind all her misery..In spite of eighteen years  passing,her hatred only equaled her blind love once she felt for him..How would she come in terms with all that she put behind her head as he tries to pursue her to know the reason behind her utter hatred ,when he did what was best for her..How will they resolve their difference as they realise the spark to be alive ..By destiny she is given another chance to recreate her life with the same kind of life she lost, will she grab it and fill her life with love or decide against her heart..
Review:
This month has been promising in terms of my reading..I was skeptical participating in blog tours but luckily the books I chose surprised me totally, they all have been real good..This is another weekend read of mine and I am only too glad that I did..Breaking up the suspense of the hero's death  right in the beginning with the quotes " She was burying the man she loved and no amount of sympathy or prayer would comfort her today"
got me interested in reading , I knew at least they would get married which only meant there were no heart breaks, this only encouraged me to pursue my reading faster... Dani is successful,ambitious , so much control of  life yet with a melancholy of her past lingering her, on the other hand Michael is too much for a charmer,debonair to the core who has aged elegantly, a sensible businessman and a devoted father...I loved the chemistry between them, her loathing matched with his charm..Nightmares of a soldier is so amazingly written, most of the time we tend to take it for granted about, a soldier's war experience, but its a sad tale that we hardly realise that they need much love, care and trust even when they tend  to back away from it..I had  immense respect for the author for keeping the intimate scenes crisp yet sensual, because off late I was tired for reading to many details running to pages.. The book as the title suggests is the nostalgic account of the protagonist Danille Westerly...Its a romantic fiction with class..Sletton's writing is peppy , sunny and quite vivacious, its a great weekend book to sit and relax with, feel good about everything around you...This is the right book for a lazy cuddle only to break to enjoy the day from balco..It was perfect for me to read it listening to the pitter patter of rain on my window as the backdrop.. 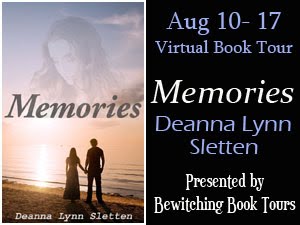 About the author
Deanna Lynn Sletten is a novelist who writes women's fiction and has also written one middle-grade fiction action/adventure novel. Her novels include Memories, Widow, Virgin, Whore and Outlaw Heroes. She started her writing career as a freelance writer for parenting publications in the early 1990s and transitioned to writing for blogs and websites until she made the jump to novelist.  Deanna is currently working on her next novel which will be released in December 2012. Deanna is married and has two grown children. When not writing, Deanna enjoys walking the trails around her northern Minnesota home with her beautiful Australian Shepherd. 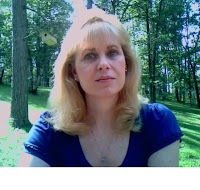