Buy Cairo:The Mother of The World from amazon.com

Summary
Herbert L Smith explores the city in a way different from the tourist with the
Review:
For me Cairo or any part of Egypt is all about the pyramids,Spinx Museums and more about the historical monuments and less about the place and people..Though the recent internal problems brought the place into the attention of the world, still for the outsiders Cairo relates to the gone by era..Smith has taken a different track bringing us a place in all its bounty ,beauty and reality...For him old buildings appealed most be it a tailor shop housed in century old building or The Hussain mosque, he always makes it  point that appeal to his sense most..Amusingly he points out the Egyptian standard time according to which being late was acceptable in every walk of life and Egyptians are quite tolerant towards it...People of Cairo had two shifts of sleep which was quite interesting to me and their nights lasts beyond midnights ,the pumped up euphoria during their wedding celebrations lasting way past midnight speaks the way of life people lead...Describing The impossible city Smith has tried to be politically correct in every possible way..His phone being tapped and the peole's hostility towards Israelis were evident through the book...
With rich heritage the city has its modern wings like that of borg al quahira:known as Cairo tower a sixty-six story tall tower...City being divided into Cairo proper on east and Giza on the west had pretty interesting insights on the whole...Walking through the streets watching vendors and baking in unhygienic conditions stroked the hilarious part me ..My favourite chapters were Eternal Cairo and Street, sidewalks and stairs...It told the real life of Cairo and its people and their kinship...The book closes slowly with Physiognomy were he quotes
"So it is with my experience of Cairo. I love the entirety of the place, and find all kinds of enchantment within it. I do not, therefore, always want to see the city in hard, photographic dimensions, although I know they are there. I sometimes want to see the softer and gentler memories that I have assigned to the city from the recollection of my own encounters and adventures. The physiognomy of Cairo, its countenance or face, seems one of the best words I can find to describe this “picture” of Cairo, to bring it to the fore, and to find the beauty of the city beneath its rough exterior."(p-59)
I loved the simple and insightful everyday observations of Smith throughout the book , it was an enjoyable read with many instance of reflections and enjoyable reading...Though this book may not be updated for its recent development, I would recommend this book to anyone who wants to know Cairo till the dawn of millenium (2000).. 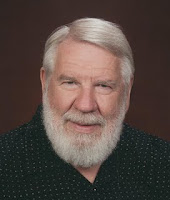 It has been my good fortune to live and work in schools and universities around the world. I
started teaching in the California State University system more than thirty years ago, after a time
working in secondary schools, went on to Egypt and the Middle East, and finally to Argentina. It
has been a fascinating series of events, from one adventure to another, and I loved nearly every
minute of it. (A few of the minutes were not quite so lovable for various reasons.)
Life as an expat lecturer and instructor led me into some unique and sometimes difficult
situations, but my appraisal of the whole was one of amazement that I was able to get to so
many wonderful places and enjoy the life of the people there. I taught English courses to
students who had already developed skills in the language and was always happy to tell them
about life in the U.S., as well as my appreciation of the life I led in their home countries. I would
gladly do it all again with only slight changes here and there.
A sustaining hobby throughout my life is music. I am a pianist, organist and composer with
many years of experience in church music. I found that wherever I went in the world, with the
exception of Argentina, I was almost immediately working with a church, playing the services
(usually on Fridays in the Middle East) regularly. Music is one of my fondest dreams as well as
a ‘forever’ joy.
I now live in Oregon with my wife of fifty years, Glenda, and we love the beauties that surround
us here. I will never tire of reliving the past, of course, either in writing or actually traveling, and
any time I have an opportunity to return to Cairo or Doha or La Rioja, I am excited to go again.


“Cairo is a kaleidoscope of light and color.  From the air, as I arrived for the first time, the city looked wearily drab and very much like the desert it sits on, but Cairo is no desert.  Instead, a thriving, throbbing, turbulent city of tremendous contrasts and contradictions awaits on the shore of the Nile.  Called “The Mother of The World” by her citizenry, Cairo works, plays, lives, and plans the future as she recalls a former glory that is still vigorously present.”
“Although Cairo isn’t the oldest city in the world, it is very old, and has risen from the past without sacrificing its oldest self.  The city goes on living in a kind of renewed incarnation with each succeeding era.  Cairo is both impossible and improbable, but it is as strong today as in the past, incorporating the very newest into the already existing mega-metropolis, and there is always a sense of the past clinging to the stones, wherever one goes in the city.
Some of the newest suburbs sit on ancient grounds, where temples and palaces and long vanished houses once stood, and where apartment blocks filled with families and hope for the future are fixed to the land today.  The oldest parts hold streets and buildings that were much the same long ago, even as much as an entire millennium in the past.  The oldest mosques and churches still witness to their grandest days, and the oldest houses are filled with families, some directly descended from the original builders who lived there more than five or six centuries in the past.  This is indeed an old city, and although many things have changed, the spirit of Cairo, the collective memory of its ancient history, is palpable in the Cairo of today.”

“The expression that a picture is worth a thousand words may indeed be true, especially for those who are visually oriented, but I often favor words – words have a way of insinuating themselves into the consciousness more subtly than most pictures I have seen.  There are many picture books, sometimes called photo essays, about Cairo, and there are online sites filled with pictures. These pictures can evoke strong memories, but written descriptions, filled with evocative phrases and ideas, create a world that is partly imaginary and partly experiential, whatever that experience may be.  We bring ourselves more truly into written expressions than we are able to bring ourselves into a photograph or other realistic representation of a scene or situation.
So it is with my experience of Cairo.  I love the entirety of the place, and find all kinds of enchantment within it.  I do not, therefore, always want to see the city in hard, photographic dimensions, although I know they are there.  I sometimes want to see the softer and gentler memories that I have assigned to the city from a recollection of my own encounters and adventures.  The physiognomyof Cairo, its countenance or face, seems one of the best words I can find to describe this ‘picture’ of Cairo, to bring it to the fore, and to find the beauty of the city beneath its rough exterior.”
Posted by vb at 8:49 PM