Summary:
A young girl, Nefasti, wakes to discover her father, the King of the ancient kingdom of Vadio, has been poisoned and her mother, the Queen, is near death, leaving her the sole heir to the crown..Princess Nefasti has two main goals, to survive, and to discover who is responsible for the death of her parents. Surrounded on all sides by plots, in order to save her life, is she destined to the side of darkness, or is she simply a misunderstood child? She must find allies and use her wits while trying to hold on to the throne. If I had to look at what prompted the idea for this novel, it was first wondering how certain individuals in fiction or history obtain their reputation, and second, looking at the life of Queen Elizabeth the First as a young girl in a precarious position surrounded by scheming nobles

Review:
At ten Nefasti loses  her parents The king and Queen , quickly turning to her duty with no time to mourn she is crowned the Queen of Vaido..With her uncles sprawling to seize the kingdom and enemies all around, Queen Nefasti slowly forms her own army swearing them by blood oath..With a mind and heart of a grown up and an open mind, she wanders through the dark through all secret passage with Nox her leopard pet....Fighting through Uncle's viciousness to gain control over her and in turn the kingdom, Nefasti does everything to turn them around from assassination plot to kidnap to arranged marriages..

My serious problem was remembering the characters as they started to pile on..At times I really had to go back and clarify their relationship with Nefasti..But being in the kingdom with a vast country it is only obvious to have so many characters I guess..The best character was of course that of Nefasti's, from a girl of ten years standing by her father's death, witnessing her mother's death, she quickly takes on the shoes of a grown up well in time..Most often her thoughts are ignored in the council yet at times she steals the limelight with her clever one liners...Another specialty of hers she had her way to the right people all along who could stand by the Queen during the difficult time...She has her won mind right from the beginning choosing her dogs Brutus and Bullae in the unusual circumstances and from there on take them with her through her journey...She crushes people vindictively who stand on her path...

There are quotes in the beginning of each chapter that gives a better idea of the chapter..The surprise element of the quote is worth reading...Hore has created a world of Viado getting the readers slowly slip into it...Though the pace was slower as the novel opened ,slowly and steadily things picked on well...Overall you would enjoy the book if you love a stroke of fantasy....


They say she is the Devil’s spawn, born in a cloud of brimstone and sulphur on a night when the peaks echoed with thunder and the castle walls trembled. I know that it is not true, and I should know. I was the midwife; although there was a storm, worse than I’d seen in many a year. She did scream like the Devil when she popped, but it was the cries of her mother, the queen, who drowned her out. Lady Gratia never had been strong, and losing two still-born sons had taken any remaining strength for birthing out of her. The ignorant outlanders whisper drunkenly in the inns that she is evil and cursed; that to gaze upon her face is death. This is a lie! Some careless folk say, when they think no one is listening, she walks across the lake to drink the blood of babes and drain the life force from careless husbands. I know this is also a lie; I have never seen her walk on water.
~ * ~
Nefasti knew something was wrong when her old nursemaid Vita peered through the half-open portal, whispered, “Stay here! Do not leave your room,” and quickly closed the door.
She heard the tortured grinding of the heavy iron key turning the lock and waited a moment, then slipped from her bed, trotted barefoot across the cold stones and pressed her ear against a crack in the worn wood. Heavy footsteps echoed down the hall to stop just on the other side 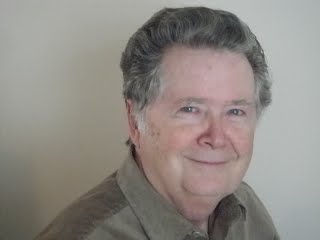 A reader of genre fiction since a very early age, got down to serious attempts at writing over thirty years ago, although employment kept getting in the way.
I did write a considerable amount of non-fiction during my business career, enough to be listed as a professional writer by the Canadian Authors Association.
Hobbies include trying to keep on the good side of my wife, keeping track of my children and grandchildren, and wrestling the blasted cat off of the keyboard. In my diminishing spare time I sail on Lake Winnipeg and try not to get lost.


Disclosure
I am a member of Reading addiction blog tour and I received a review copy of the book..The opinions disclosed are honest and I am not affiliate to any third party what so ever..
Posted by vb at 5:46 PM