Elizebeth Doughlas under the disguise of widow Eliza Daton is fleeing home for good, her reason-an abusive husband Abe..The extend of his abuse is too far that even in his absence his evil spirit follows her taunting her, pulling her down..She had perfect plans to reach Minnesota frontier town of Red Bluff and stay there with her cousin for a while before figuring out her next plans..Only her life had different plans and surprises in stock, she meets William Heaton, Will..Her attraction for him is reciprocated to an extend of threatening her...Quite obviously her disturbing past confronts her yet again..All she has is her strong will to fight it out to win her life back...Its just not Will she has to tackle there come two other people with different set of feelings for her, Karl who wants to marry her, Curry who would take the money from her husband and set her back to Abe...

Different layers of emotions have been portrayed through different characters..Even in distress Eliza's character showcase substance, she never steps back to render kindness even when she has been deprived of it..Eliza and Will's relation develops slowly and their chemistry is enduring., both are fighting their own share of demons to stay in the race of life thus helping each other to get over things and finding happiness and peace..Will finds out that their past is linked to the same man, he quickly reacts saving Eliza and himself for a better a life...Eliza is head strong , she cannot compromise on her principles no matter what, her thoughts that she pours in the newspaper that she starts is a perfect example of it..Even when commentary doesn't go well with the people of town she remains honest to what she believes in...Ada and Chet the lovely kids also warm up the plot quite well...

Proell's writing is flawless the reading pace gathers as the plot develops..The characters are well defined though they may not linger around after you read..But when you read they definitely make their mark sound and well...The book may not be an absolute choice for the reader who love historic romance, yet the reading would be worth it with an imposing and towering character of that of Eliza's..


Why is this happening? She’d never encouraged him. But perhaps she hadn’t discouraged him either. As guilt nibbled away at her she knew she had to put an end to this fruitless pursuit.
“Listen to me. I won’t marry again.” She slapped each word into the air with a distinct pop, pop, pop.
He reared back as if her words proved a glancing blow. He stiffened and she flicked an apprehensive look at Karl’s powerful hands. Would he slap her or use his fists on her like Abe used to do?
“I give you time,” he said, his voice brusque with anger. “You forget ache. Then you marry me.”
Eliza shrank back.
“You think, Eliza. Marriage is best way.”
His departing footsteps pounded on the wooden deck and thudded loudly on the stairs as he went below.
Eliza stood there, too astounded and alarmed to move. After a time, she glanced at the moon, hoping it might have some curative power to quell her rioting nerves. To her disappointment, the golden disc streaked by wisps of gnarled clouds offered no answers or comfort. Suddenly, all the anger and frustration inside exploded. She kicked out. Her foot smashed into a deck chair with an earsplitting thwack. The chair arced then slammed and scuttled noisily against the planks.
“Who-o-oa, lady.”
Eliza gasped, spun about and peered into shadows near the pilothouse. “Who’s there?”
A chair creaked.
“Make yourself known, please,” she snapped.
Will Heaton stepped out from behind the big potted palms near the pilothouse and jolted her clear through.
He’d seen everything! The kissing, the intimacy. Heard her lies. Oh, God. She wanted to sink right into the river.
“How could you?”
A muscle quirked in his cheek.
“Good Lord! You find this amusing.”
He crossed his arms and casually leaned against a tarp-covered mound of gunnysacks, his lips pressing back a grin. “Couldn’t avoid it. I had the best seat in the house.”
Her mouth gripped so tight she couldn’t talk. She glared at him expecting the intensity of her anger to light up the sky.  Her body trembled as she waited for him to break the silence.  When he did, it left her stunned. 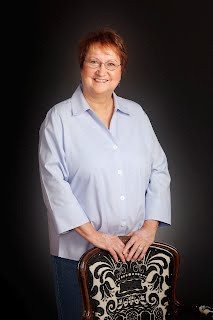 I laughed when my husband suggested I write a book. Me? What did I know about writing?
Yet the notion held possibility, so I hatched a plan. A year later, I sent off my first completed
manuscript and promptly received a score of polite rejections. Bruised but undaunted, I forged
ahead, new plan in hand. Later, armed with the knowledge acquired from writing classes,
seminars and the help of fellow writers, I finished my second story. Eliza is that story.

Disclosure
I am a member of Reading addiction blog tour and I received a copy to review..My opinions expressed here are honest..
Posted by vb at 5:46 PM