Buy The Erroneous Talibani from amazon.com


The Erroneous Talibani showcases all the essential components of the classic espionage novel. Exotic settings, broken hearts, treacherous allies, love, violence, redemption and vengeance spin through the book, which moves at a breakneck pace worthy of the best examples of the genre.
Greg Damet, an Annapolis graduate with eight years in Naval  Intelligence is recruited by the CIA where he meets and falls in love with Jacquie Dean. Together they are sent to Afghanistan to work with the Special Forces. Greg is sent into the field while Jacquie remains at Bagram Air Base.
During Greg’s tour of duty, his plane is shot down, eats raw snake to survive and is ultimately captured and beaten nearly to death by the Taliban. He is discovered by Aysha, the daughter of a tribal chieftain and she nurses him back to health. During his recovery, the two develop a romantic attraction for each other. It is also while he is recovering that he is able to obtain information that has dire international consequences, information supplied by a CIA mole. Armed with this information, Greg is forced to kiss a tearful Aysha good-bye and do whatever it takes to get to the American Embassy in Islamabad. Greg’s initial action there is key to unraveling the mystery of the mole’s true identity.


Review:
If you go by the cover you would totally misguided ...Initial impression was that of a book with a feel of 007 and Impossible movie but along the way I felt a dash of Rambo series , well of course that would be an exaggeration but yes the reader would feel a mix of all the three movie in a rush..Being that said the book traverses all along those power packed thriller movies that I watched as a teenager with towering spirit and enthusiasm and the protagonist Greq Damet would impress you from page one with his humor, intelligence and quick sense of action and why not , he has eight years of Naval Intelligence experience to his credit, before being recruited into CIA and how could I miss, he is six feet two lol all set for any kind of action yet he is not a super hero, he has his initial trouble of setting his feet firm on day one of his office,  also to get accustomed to the troubles of Taliban on his first assignment, he also falls for the charismatic Jacquie Dean on day one, gets almost fired by his pro Hamid Hanif, yet he uses his sense of reasoning and experience and his grit to wade through hard water..His plane is shot down, still he maintains calm carrying his injured capt to shelter and follows his judgments and decisions..Feeding on raw viper flesh for survival he gets his lessons first hand  for survival ...The story doesn't end there but just begins with a bang, he is captured and goes through hard days and near death state, yet he has to survive and move on to uncover the secret behind the biggest names and disguises....Romance, double -cross, violence, heart break, treachery, determination, terrorism, extremism, the book has it all..


It is very quick read that highlights many aspect of CIA's mode of actions, their code of actions, undercover assignments and so on..The novel shuttles from the vantage of U.S to China to India to Pakistan on key issues, and there are agents all around working to keep up their respective secrets all along while trying to get their hands on their counterpart...I don't want to spoil the book by revealing it here... But at a point I was wondering when am I going to read about the actual theme of the book but then caught up with it soon too.. This book  is for anyone who love a action thriller that sprints away.. 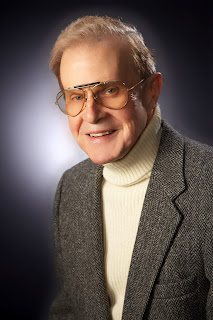 Richard Asner describes himself as having led a “very fruitful life,” and it would be impossible to dispute him. A veteran of the U.S. Marines, which he joined at 17, he went on to graduate from the Naval Academy, like his hero Greg Damet. He then spent eight years as a naval aviator teaching midshipmen at
Northwestern University during the last three years of his flying career.
Mr.Asner moved his focus to engineering and spent thirty years working in that field in the Chicago area before retiring. His primary enthusiasm is working out in his health club, but the keyboard will continue to compete with the weight room as a focus for his energy.

Disclosure:
I am a member of innovative online book tours , I received a review copy for my honest opinion..
Posted by vb at 11:00 AM