Summary:
1867 . . . Southern lawyer and Civil War veteran, Reed Jackson, returns to his family’s plantation in a wheelchair. His father deems him unfit, and deeds the Jackson holdings, including his intended bride, to a younger brother. Angry and bitter, Reed moves west to Fenton, Missouri, home to a cousin with a successful business, intending to start over.Belle Richards, a dirt poor farm girl aching to learn how to read, cleans, cooks and holds together her family’s meager property. A violent brother and a drunken father plot to marry her off, and gain a new horse in the bargain. But Belle’s got other plans, and risks her life to reach them...Reed is captivated by Belle from their first meeting, but wheelchair bound, is unable to protect her from violence. Bleak times will challenge Reed and Belle's courage and dreams as they forge a new beginning from the ashes of war and ignorance.

Review:
The novel opens with Reed Jackson's sour spirit and a contagious aura of despair..Slowly I realised that he has every reason to feel dejected, he has lost his leg in the civil war, considered as no good nothing by his father, worse he not only loses his family inheritance but also his bride-to be to his younger brother...Worn out and utterly disappointed he moves to Fenton, Missouri to gather up the pieces and start all over again in the wild part of the country ..But he is quite taken aback by the warmth of his cousin and his wife right from day one...He starts his life at his cousin's hotel The Ames hotel..His cousin Henry and his wife Mary Allen come across as a wonderful couple , understanding about Reed's mood, they take every care to keep up his spirit light...They are quite friendly with the negro staffs dine with them and share a wonderful relationship with them...War had a terrible effect on Reed , he loses his older brother, his leg and everything around that took his life from being normal...Thus he contemplates

"His thoughts of family were as muddy and murky as the bayou, filled with pride, resentment and the undeniable knowledge that he may have done the same things under the same circumstances. Maybe, just maybe, his mother’s encouragement to begin a new life elsewhere came from the heart. And maybe she was right. He had best try and forget the hurts and the wrongs of the past and make something of himself in a new land..."

Enter Belle hardworking, family bound, earnest and loving daughter and sister whose feelings are never taken into consideration by her family,she washes her father and brother’s clothes, cooks the meals, tends the garden and manages to keep their meager farm operating. But nothing was enough, she was treated like a dirt by her father and brother, her brother has plans to marry her off as a part of bargain, in exchange of money to buy a horse...Belle is on the edge of life ,until she meets Reed, she discovers a spark in him that some way ignites her path of darkness, in spite of his physical disadvantage she sees him as a complete man...
Slowly as the silent relation progress there is stark and clear change in the stone man Reed.. His layers of complexities unravel exposing his true self of a kind and a warm person..He is drawn to Belle but holds back because of his physical state..He is cripple and how can he think of saving the girl from her trouble, but he also knows that she is the sole hope for a life with love...How can Belle collapse the wall that Reed has built for himself and free herself from her brother's iron fist trying to cage her...
Starting as a melancholy man, Reed's personality was something I really liked among all...
The result of civil war with freedom to Negros taking roots is written well...Their lives their good, not so good, and bad relationship with their white masters and employees are portrayed well..Set in an age where things are moving towards a life of equality Bush has set the stage just fine for reflection...The soft charm of the countryside with heroism and villainy is the best part of the novel...Prejudice, hope, loss, anger, despair, anguish love are all mood of the book in different stage in different proportions...I would definitely love to read more of the author's work... 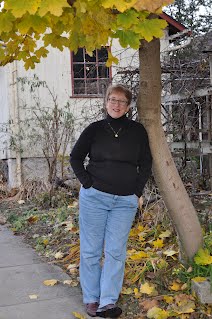 Holly Bush was born in western Pennsylvania to two avid readers. There was not a room in her home that did not hold a full bookcase. She worked in the hospitality industry, owning a restaurant for twenty years and recently worked as the sales and marketing director in the hospitality/tourism industry and is credited with building traffic to capacity for a local farm tour, bringing guests from twenty-two states, booked two years out.  Holly has been a marketing consultant to start-up businesses and has done public speaking on the subject.
Holly has been writing all of her life and is a voracious reader of a wide variety of fiction and non-fiction, particularly political and historical works. She has written four romance novels, all set in the U.S. West in the mid 1800’s. She frequently attends writing conferences, and has always been a member of a writer’s group.
Holly is a gardener, a news junkie, has been an active member of her local library board and loves to spend time near the ocean. She is the proud mother of two daughters and the wife of a man more than a few years her junior.