Welcome to Mailboxmonday, the weekly meme created by Marcia, formerly from The Printed Page, where book lovers share the titles they received for review, purchased, or otherwise obtained over the past week. Mailbox Monday currently is on tour, and this month’s host is bermudaonion..

I have been a silent reader Diary of an eccentric for a while...She is a Jane Austen fanatic and has some and historic fiction fan, do check her site for details....It is through this site I got introduced to this meme but never made it to it..Finally I made it..

I had a good relaxing weekend did all my chores and all set for the week ahead..
Books I received for reviews..

Shades of love : An anthology of short stories edited by Ankit Mittal 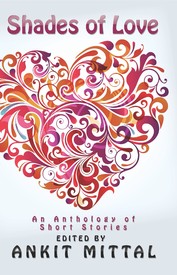 "Who first said ‘Love is a many-splendoured thing’, is a difficult matter to trace but movies, plays, poems and songs have claimed the phrase greedily over the years. Love is the most complex, perplexing phenomenon one can ever encounter, spanning the most insipid to darkest emotions known to Man. Definitions, meaning, interpretations and perspectives vary from dictionary to dictionary and from person to person. If one sits down to compile all the interpretations, the length of the compilation would surpass the length of the guide to understanding women and men and what happens between them. Perhaps this is what is meant by the many-splendoured shades of love.
Shades of Love, Grapevine India's first anthology, comprises of twenty five short stories, written by some of the biggest best sellers and many debutante writers. However, each story is a different shade. From the innocent to the macabre, the mundane to the supernatural, from the soulful to the psychotic, each tale seeks to spur the reader on a journey from shade to shade."

"Delhi 101 is an incomplete illustrated must-do guide to Delhi.
For one, it does not list everything for a traveller as other guide books promise to. Delhi has too much for even the weightiest tome to cover it all.
Second, it comes with a flashlight thrown it. No, don’t look around the packaging for it – it is in the written word. Rather than just list places, and rattling off a brief history and essential facts, I have adopted an anecdotal and opinionated style to the writing. Popular attractions are shown in a new light, and lamps have been lit on the path to other gems. I am not just telling you about, say, Mehrauli, I am giving you reasons to go there and what to do when there. Travelling with this book makes the passive into active.
And thirdly, it comes peppered with imagery. Seeing is being tempted!" 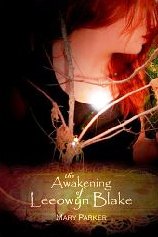 "I'm a normal teenager. I have a normal teenage life with normal teenage problems.
The summer is my heaven. I live with my mom during the summer months. We stay in her tiny condo in Jacksonville, Florida. My parents split up when I was little. I'm not sure why. My mom never talks about it. Whatever it was, it was bad enough to make my mom pack me up in the middle of the night when I was four years old and run to my Gran's condo.
My mom got the condo after Gran died. From that time on all I had known my entire life was beach life.
Until four years ago.
Until my uncle found me."

"In her debut novel, Veronika Carnaby picks up where the Beat Generation left off. Set in 1960, Bohemia chronicles a group of twenty-somethings who defy the "ideals" of a mid-twentieth century society to seek creative fulfillment. In the process, they spotlight the creative path that artists of all mediums tread, all the while depicting the challenges faced by youth in the decade that changed the world. "

All I want is you for Christmas by Lisa Mondello 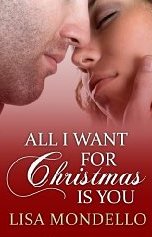 "Sometimes fate needs a little hand...
Santa Claus is going to have a rough season... Lauren Alexander is raising her daughter alone. Abandoned by her family for her decision to keep her daughter Kristen, she has done a pretty good job for the last six years. Or she thought she had. That's why she is crushed when little Kristen gives up her wish for a toy or goodie and instead asks Santa for a present for her mother. She wants Santa to bring a Daddy. Delivering Daddies isn't Santa's bag."
Posted by vb at 4:30 PM