Think you know your fairytales? Think again. These aren’t your normal happily-ever-after. Within these pages, a murderous Little Mermaid gets her revenge, the Cinderella doesn’t really want to wear the slipper, Snow White is up to her eyes in industrial experiments, and the Beauty is in fact the Beast.

This collection of four novellas will surprise you, make you gasp in horror, sigh with relief, and sit on the edge of your seat. And most of all…they will make you rethink everything you think you know about dark fairytales…
Review:
I have a sweet tooth for fairytale and happily ending tales...I also love the fantasy that gets me into a world away from reality for a change..This book is a collection of four dark fantasy that roots from famous fairytale with a difference...
My favorite is the first one in the group Song of the Abyss...Losing her parents in a tragic accident Princess Nerissa had been content to slip into a life of contentment to be married to the crown prince Lyulf ,instead she feels as though she is to be thrown to the ware wolves and to be killed by the very same man who had owed to protect her but then escaping into the sea she learns she had some powers , powers that helped her to survive but not enough to get back to her past life, yet with her sheer grit and a new found love she has to seek revenge and protect the countrymen from a man who is imposing to be the king..It is a slow starter that goes to the era of beautiful Princess and Prince living a fairytale life in the gone by era with special world with their own powers and magic..Oh how much as a young girl I loved these kind of  tale to live those magic moment wround me...
Miss Cavendish and the spark of salvation is about George and Huntsmen, Huntsmen though with a disturbing and twisted past leading to George herself needs his help to unravel the milestone that she is all set to open up to the world but oh no there is a vamp to stop all of it and its that is none other than her aunt Xenobia....Enchanting beauty and a fierce dashing man how will they get it through??? This is a power packed full throttle ride that will race through after a slow start of Song of the Abyss..
Hawk and the beast-Trish Marrie Dawson takes you through the curses and the reversal of it by love and honesty that would  remind of the fairytale that you once read as a child leaving you all enchanted...Beauty and the beast a unequal combo that always attracts each other...
Reborn city which is like a coming of age tale of Nyx who has only one desire in life  to erase the brainwashing of the Omsk's citizen but how will she pose an imposing threat to the giants who are well down playing their part well, but Nyx has to fix it for the benefit of the people but how??Its vivacious and bubbly tale...

All in all its a total package of entertainment ...Great for an easy breezy read... 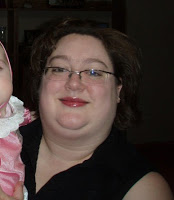 Tara Wood divides her time between creating domestic bliss and creating hot paranormal romance with the occasional side of kink. When not playing June Cleaver for her hubby and daughter, she can be found at the local Starbucks slamming back Frappuccinos and plotting out her next idea. Or she’s watching the BBC. Tara resides with her wonderful and tolerant family in the suburbs of Houston, Texas. She is currently at work on several projects, one of them being the next book in her In Blood series.

I was born and mostly raised in San Diego, California where I live now with my  family and pets. I’ve been writing short stories and poetry since high school after an obsession with Stephen King’s ‘The Stand’. After over fifteen years of crazy dreams and an overactive imagination, I began my first book ‘I Hope You Find Me’ in December of 2011. When I’m not writing, I am homeschooling my amazing daughter and mildly autistic son, reading whatever I can get my hands on, or enjoying the Southern California sun. As a strict Vegetarian, I hold a special place in my heart for animal rights and dash into the backyard weekly to rescue lizards and mice from our mini-lab/aussie shepherd/cocker spaniel mixed dog, Zoey…who is always getting into some sort of trouble. 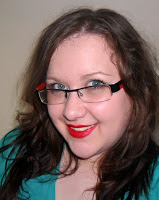 I was born in Guisborough, North Yorkshire in 1987 and have lived in various places around Britain, including Newcastle and Glasgow.


My writing is inspired by various writers, including the vivid characters of Charles Dickens, the imagination of Stephen King, and the gothic imagery of Anne Rice.

My love of horror began at an early age, when I was only three or four. I could read proficiently at the age of three, and devoured fairy-stories, but I always had a bent towards the darker stories, such as the Brother's Grimm's tales...Red Riding Hood was always a firm favourite, although I always felt sorry for the wolf, despite him having tried to eat everyone! 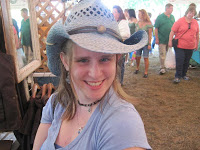 I am a wife, a mother to an adorable mini schnauzer, a programmer, and now an author. I love reading romance because no matter what may be happening in my life, I can always count on my books to end happily ever after. My sister drilled into me an appreciation for fantasy and mythology, something I try to bring to my books. After hearing me complain a few too many times that I had “nothing” to read despite the hundreds of paperbacks scattered around the house, my husband began suggesting I write my own stories. When I finally took his advice I discovered that although I enjoy my day job as a software engineer, my true calling is to be an author.
Posted by vb at 7:42 PM