It's been a while I have browsed any online sites for shopping though I wouldn't buying myself books until I clear my stack the following allured me..

With many things happening around after BT's death there is one thing that would capture anybody's interest, his rise from ground zero to such a prolific stage.. 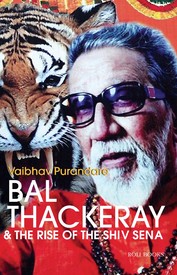 BAL THACKERAY & The rise of the Shiv Sena by Vaibhav Purandare

How did a quiet, unassuming cartoonist at one of Indias leading newspapers transform into the fire-breathing chief of a militant political outfit? How did his essentially sons-of-the-soil movement take Mumbai by storm in the 1960s with its demands for the Marathi peoples employment rights and attacks on South Indians and the Communists? How did he make the shift from an aggressive Maharashtrianism to strident Hindutva to become one of the major players in Indian politics? What explains his control over Indias financial capital, his capture of power in Indias industrial powerhouse, Maharashtra, and his ability to win over the minds of millions and to strike fear in so many hearts? How did he and his Shiv Sena establish sway over the multi-crore film industry and, with its longstanding alliance with the BJP, become a subject of intense curiosity all over India and even in Pakistan?

This book tells the complete story of Bal Thackeray and the rise, fall and split of the Shiv Sena. It examines Thackeray the person and his intriguing political personality, his partys militaristic methods of operation, its controversial role at major junctures, the fight between Thackerays nephew Raj and son Uddhav, the end of an era in Maharashtra politics after his death in November 2012 and the future of the Shiv Sena without his imposing presence. A must-read for an understanding of contemporary Indian politics and the rise of the Hindu nationalist phenomenon.

Return of a king: The battle for Afganisthan by William Dalrymple 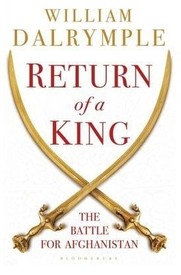 The story of the First Anglo-Afghan War, with striking parallels with what's going on in our neighbourhood and the world today.
A book full of literary treasures, it's even richer grander history than his bestselling The Last Mughal and The White Mughals. This is storytelling at its best, with an unforgettable cast of characters: Ranjit Singh, Shah Shuja, Dost Mohammed ... and features jewels like the Koh-i-noor, among others.
In the spring of 1839 the British invaded Afghanistan for the first time. Led by lancers in scarlet cloaks and plumed shakos, nearly 20,000 British and East India Company troops poured through the passes and re-established on the throne Shah Shuja ul-Mulk.
On the way in, the British faced little resistance. But after two years of occupation, the Afghan people rose in answer to the call for jihad and the country exploded into violent rebellion. The First Anglo-Afghan War ended in Britain's greatest military humiliation of the nineteenth century: an entire army of what was then the most powerful nation in the world ambushed in retreat through the high mountain snow drifts, and there utterly routed by poorly equipped Afghan tribesmen.
The west's first disastrous entanglement in Afghanistan has clear and relevant parallels with the current deepening crisis; there are extraordinary similarities between what NATO faces in cities like Kabul and Kandahar, and that faced by the British in the very same cities, fighting the very same tribes, nearly two centuries ago.
History at its most urgent, Return of a King is the definitive analysis of the First Afghan War, told through the lives of unforgettable characters on all sides. With access to a wide range recently discovered sources - including crucial new material in Russian, Urdu and Persian from archives in South Asia, and using for the first time in English nine previously untranslated full-length contemporary Afghan accounts of the conflict, including the autobiography of Shah Shuja himself prize-winning and bestselling historian William Dalrymple's masterful retelling of Britain's greatest imperial disaster is a powerful and important parable of neo-colonial ambition and cultural collision, folly and hubris, for our times.