Summary:
From the back cover
The setting is Tonkin (northern Vietnam) at the turn of the 20th century. A boy, Tai, witnesses the beheading of his father, a notorious bandit, and sets out to recover his head and then to find the man who betrayed his father to the authorities. On this quest, Tai's entire world will shift. Flesh takes the reader into dark and delightful places in the human condition, places where allies are not always your friends, true love hurts, and your worst enemy may bring you the most comfort. In that emotionally harrowing world, Tai must learn to deal with new responsibilities in his life while at the same time acknowledge his bond, and his resemblance, to a man he barely knew-his father. Through this story of revenge is woven a another story, one of love, but love purchased with the blood of murders Tai commits. A coming-of-age story, but also a love story, the sensuality of the author's writing style belies the sometimes brutal world he depicts.

Review:
The novel opens up with a scene of execution like the ones stripped off from the pages of history were the culprits are beheaded..A young boy Tai the protagonist witnesses his father's last moment by his great granduncle, and he has a sense of admiration for his father's bravery even during his last moment and yes Tai goes after his father's skull,he acts acts weird at atimes yet there is something fierce about him..Tai's life is clouded by sorrow and resentment, he runs away from his home away from his mother with a single ambition to bring back his father's head..He is forced to grow up faster than his age, he struggles to live up to the expectation to hold up the family honor and finally lay his father to rest, his only companion is his determination growing hard and sound....The story is a boy's quest to find the man who took away his father from him, even when he hardly knew about his father....A sense of melancholy lingers all along the novel..Tai works hard to to earn money to support his mother back home and to pay of the debts...Another character that comes clearly apart from Tai is that of Xiaoli's...

The plot moves slow and unfolds slowly , it took some time to get the hang of it..The novel explores Vietnam not the one usually comes across during the war but the one in its native form , fresh and raw...The local slang, the cuisine (don't miss out the snake delicacy) every bit of the story is a refreshing read..But I would admit that at places I was too detached from the plot .. Kanh Ha impressed me with his lyrical prose at places..Kanh ha's writing could invoke the mystic fragrance of jungle , sense of fear, apprehension, sorrow and dash of happiness,still it didn't help me to get over the boredom in the few pages ...The landscape of Vietnam in the 90's  is a treat to mind...All in all the book is a unique work of historic fiction... 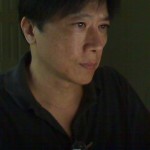 Khanh Ha was born in Hue, the former capital of Vietnam.  During his teen years he began writing short stories which won him several awards in the Vietnamese adolescent magazines.  He graduated from Ohio University with a bachelor’s degree in Journalism.  He is at work on a new novel.
website
blog
facebook
Official tour page
Posted by vb at 10:57 PM