Summary
When we last saw our heroine, she'd watched her faithful pet rip off her new best friend's head to save her son's life and Atlantis was rising from the depths. Now, Grace Murphy is back in the third installment of the Huntress series, but this time she's facing an all-out war. It's critical that Nyx (and Atlantis) stay buried, but her psychotic brats will do most anything to get her back.

With Hypnos invading her dreams, Dylan caught up in the throes of his "change" and juggling her relationships with Drew and Heph, to say Grace's hands are full would be an understatement

Review
This book is the first in the Urban Fantasy genre for me, and I am only glad I gave it a try..Volcanoes is the third book in the series of Gracy Murphy series, since I was told that it was a stand alone book, I gave it a shot..Truly this one could be enjoyed without reading the earlier books in the series..Grace recalls her odyssey in the last series thus giving the reader an idea of the story so far time and again..We are introduced to Grace who is trying to control her mind and focus to build a wall to avoid the sea gushing in..She does it very easily, there appears Nyx with sparkling glow that taunts her..Okay, so its Nyx, Atlantis she has fight from rising form the ocean.. When we think that is all for Grace to fight on, she is hit by parenting issue with her kid , even her relations...As a final touch there is Hypnos, a nemesis that stalks her in her sleep..Now she has no time to rest, as expected she has to save the people she loves with all this going on..

I liked the equation that Grace shares with her mother, its a deep and a warm bond..Every one has their part demarked even Scooter her adorable dog...The plot is engaging and moved at a reasonable pace , but what put me off was Grace's somber way of dealing things, she gets too irritating at time dealing with her household issues, I know this for sure because I am currently reading the second book in the series where Grace is more in control of herself.. Hamlett has been successful in building an aura for fantasy with care..I also enjoyed the sense of humor that Grace carries around all through, her self contemplation is also engaging...Its a tale of a woman on whose shoulder tonnes of troubles rests along with her everyday troubles, she tries her best to deal because that is the only option left to her...Do give it a try for the sake of Grace.. 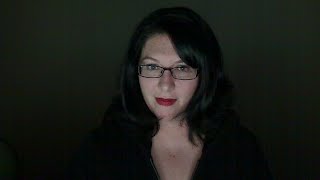 Nicole Hamlett is a single mother from Colorado Springs, living in Los Angeles, California. When she’s not writing books she enjoys reading, cooking and video games and can often be caught enjoying indie alternative music


Fingers of dread curled around my stomach. The last time it had been this eerily silent, I'd nearly died.
Quietly, I pushed back from the desk and crept to the window to peek outside.  The rabbits that lived in the bushes outside my window were sprawled out like drunken sorority sisters sleeping off a weekend bender.  I closed my eyes and whispered, "Shit."
This would have been a good time to have the ability to teleport, to have super speed or reflexes or even – hell – the ability to materialize my weapons.  I may have not been able to do much with the weapons, but just having the comfortable grip of the kukri in my hand would have made me feel better.  I took a deep breath, put on my brave face and headed toward the front door.
"Dylan!"
"Yeah, Mom?"
"I want you to head to the basement.  Call – I don't know who. Call someone in Olympus and tell them that Hypnos is here.  Stay in the basement. Do not come out under any circumstances. Do you understand?"
He bumped into me as he came rushing out into the hallway. His eyes were wide with fear. "What are you going to do?"
I gave him a quick hug and replied, "I don't know yet.  Keep him away from the house as long as I can. Start the call now. Okay? I love you."
"I love you too, Mom," he replied quietly.

Disclosure:
I Received a review copy in exchange of  an honest opinion...I am no way affiliated to any third party in any way
Posted by vb at 5:20 PM