Summary
Alyssa Fontaine’s life, loved ones—everything familiar and dear—are brutally taken from her.
Taken captive by two men, she endures a horrific nightmare. A new life is forced upon her and even a new name.Just when it appears that no hope is in sight, she is saved by an unlikely twist of fate. Trapped in the beautiful Sierra Nevada Mountains, life will open its arms to her again and she will embrace it. She will find love such as she never knew existed.
Sierra is a heart-wrenching story of the power of the human spirit to survive amidst impossible circumstances and severe losses. It is a story of survival . . . and hope.

Review
Alyssa Fontaine had it all ,in a blink by the twist of fate she loses it all..From a fairy tale life with her loving husband Sam and her only son Clay , she running for her life being taken captive soon endures horror, trauma....After her first visit to Sierra, mesmerized by the beauty of it  she gets back this time with her son only to find her life twisted beyond recognition....On the edge she has given up all hope when she is saved for good .then again getting back to love and life...The novel starts in such a romantic mood with lovely dovy family...Pace of the book only gathers up as it moves through the twist of suspense, thriller, though you may not sit on edge still you could feel the sprinting unfolding tale...I would have loved it more only if more details of Sam and Alyssa's lives were given, though I got the glimpse of it, still I wanted to hear more...Romance and kidnapping is something that don't go as in a company, still you read all this with a difference...Alyssa's natural instinct kicks on after kidnapping ..She stumbles upon Alex's cabin and from then on things take a smooth drive from rough patches..I had one difficulty coming in terms of Alyssa, it was as though the memories of Sam and Clay were erased from her memory forever, can that happen so fast?? I mean one might have recurring memories especially if they were intimate  ...

This is tale of loss and finding strength to move on in spite of the odds...Dean has painted Alex and Alyssa beautifully that you'll sit back and admire them at times...I wanted to live in Alex's cabin so much...To live in a cabin by woods indeed tempting...

This book is to anyone who love romance with a tinge of suspense..Though this book is not a full off a suspense thriller yet it goes on for an enjoyable read...


Stay strong, Alyssa. Another opportunity for escape will come, you just have to wait for it. And yet, she wondered if she would live through the next day.
It wasn’t a matter of being lost in the woods, it was a matter of being totally, and utterly, lost.
“WE HAVE TA find our community today. We’re out of food,” Pa said at lunch as they ate the last of the granola bars. “I know wur close.”
As they hiked, Adam walked behind her and pushed her every time she slowed down. They were all slow today. He never walked behind her. The trip was getting to all of them.
Alyssa felt as though she could simply lie down and die. Her pain, which had been significant, seemed to have diminished into a dull, anesthetized feeling that enveloped her. Maybe this is what death feels like—a sluggish, agonizing death, that is, she thought numbly.
As they hiked down the mountain through a heavily wooded area, a deluge of rain descended upon them. They did not stop or seek any shelter, they hiked right through it. The noise of the storm hid the fact that Alyssa sobbed out loud. The moisture hid her tears. She didn’t even try to rein it in—she just let it out and was glad for the cover of the storm. Lightning and thunder roared around them and still they walked. Pa was sure the community was just below them.
Alyssa knew that life—as she knew it—was over.
Her fate was to be with Adam.
The thought set in and her heart sank. She couldn’t remember ever being so terrified in her entire life.
It soon became obvious they were nowhere near their precious community, however. Pa cursed and yelled in a fit of temper. They were all hungry and tired. When they stopped for breaks, Alyssa fell asleep each time, hardly able to hold herself in an upright position.
That evening as they walked through an area dense with pine trees and foliage, to their surprise, they came across a cabin in the woods. Pa and Adam stood in the trees staring at it. It was obviously occupied. Smoke wafted out of the chimney, the smell of fresh bread was in the air, and the tinkle of music could be heard if you strained your ear.
As Alyssa's eyes alighted upon the cabin for the first time, she thought perhaps she was dreaming. It was like seeing a mirage in the desert. It couldn’t be real—the sight, the sound, the smell. It was . . . charming. She was seeing things. It must be her imagination. After all, who lived up here in the middle of nowhere? But if she was seeing things that weren’t really there, then so were Adam and Pa.
They decided to pay the occupant a visit and cautiously began the walk up to the door of the cabin. Alyssa suddenly felt like Dorothy along withtwo cowardly lions approaching the wizard. The cautious music from the movie played in her befuddled brain.
Yep, she was losing it.
Puffs of smoke shot out of the chimney and she wondered if Adam would turn around and run.
Maybe the wizard would grant her deepest wish.
Freedom . . . 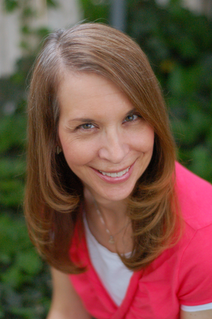 Taylor Dean lives in Texas and is the mother of four grown children. Upon finding herself with an empty nest, she began to write the stories that were always wandering around in her head, quickly finding that she had a passion for writing, specifically romance. Whether it’s paranormal, contemporary, or suspense—you’ll find all sub-genres of romance in her line-up